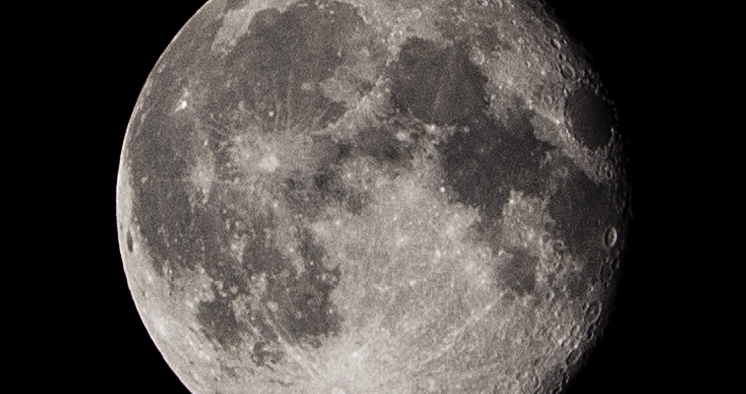 I spent last weekend at a family reunion in the upper Midwest. I visited the same farms, and saw many of the same people, that I saw in the summer of 1969—the year when Apollo XI landed on the moon. For me, that first lunar landing is tightly bound in memory with family trips to South Dakota, North Dakota, and Minnesota.

A little background:  My parents left the upper Midwest (Roberts County, South Dakota, specifically) for California in the 1940s. My sister, brother, and I were born in the San Francisco Bay Area, and my parents became proud and happy Californians.

But all of my mother’s family remained in the Midwest. One of her sisters married and moved to Moorhead, Minnesota, but mom’s parents and her three other siblings lived within about 15 miles of the Claire City, South Dakota farm where mom was born. My parents took us kids back to visit these relatives just about every other summer from the late 1950s to the mid-1970s. Traveling typically meant an epic road trip that began when my father got off work on a Thursday or Friday afternoon; armed with a carton of Camels and a thermos of coffee, he’d start driving from the San Francisco Bay Area with my mom and we three kids in the station wagon. He’d drive all night (he claimed that the car got better gas mileage after dark), and we’d snooze in the backseat, waking the next morning somewhere in Nevada or Utah. For two days, we’d camp—or just sleep in the car—till we got to Claire City.

But that trip in 1969 broke the drive-till-you-drop pattern.

As I recall, we watched Neil Armstrong and Buzz Aldrin walk on the moon on a small, snowy TV set at a motel in the Black Hills. (It was a splurge to rent a room for the night, but I don’t recall my dad resisting.) I remember going outside the motel room after watching Armstrong and Aldrin on television and staring up at the moon. I doubt my thoughts went far beyond, “Wow, that’s cool,” but that was probably enough for an eight-year-old.

(I also remember wondering how Mike Collins felt about the whole operation. He quietly, selflessly orbited in the moon in the Command Service Module while his colleagues got all the attention on the lunar surface. For some reason, I identified with him; perhaps because I was the youngest of three kids in our family, and it always seemed to me like Linda and Mike got to do fun things on our trips while I was left behind with mom and the aunties.)

We were reminded of the moonshot along the entire drive to and from South Dakota that summer. Gulf gasoline stations gave away punch-out cardboard LEMs with every fuel purchase; my brother Mike and I got, built, and blew up several of them—we California kids were very excited by South Dakota’s legal fireworks—but one survived to hang from the ceiling of Mike’s and my bedroom. In fact, it has survived to this day. It’s dusty and missing a few parts, but cool all the same. It now has a place of honor in my home office. 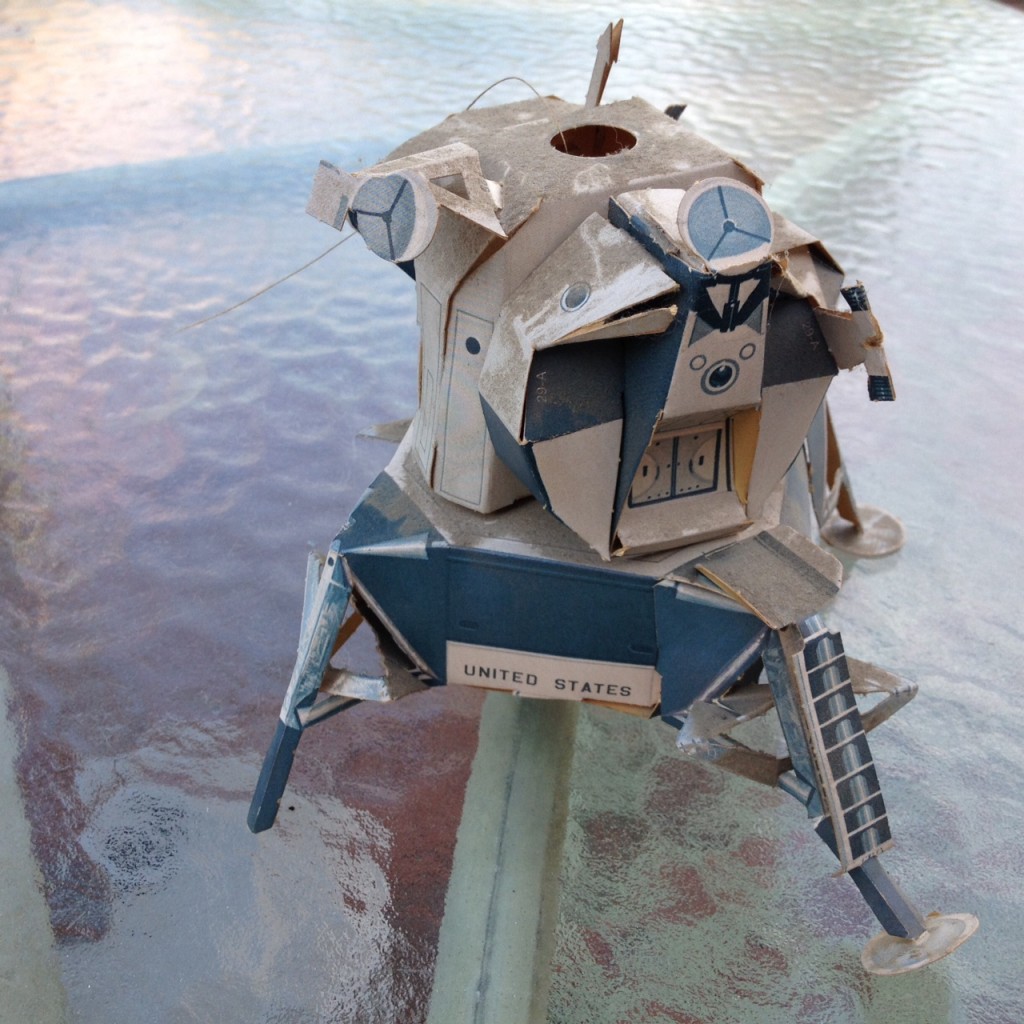 (By the way, somebody has scanned the original Gulf LEM model and made it available for download.)

Now it’s 45 years later, and much has changed. My maternal grandfather died in 1974, and my maternal grandmother two years later. (Both had been born before the Wright Brothers made their first flight, and both lived to see man set foot on the moon. Amazing in itself.) My dad’s been gone since 2000, and my mom was too ill to make the trip this year. But all of the cousins we saw in 1969 were at the reunion, as were those who have come along in the decades since. Like my cardboard lunar module, we may be a little dusty and broken down, but we’re still here.

The trip to the Midwest itself has changed, too. The endless hours in the station wagon have been replaced with a few hours in a jet. (And those hours zip by in part because we’re fiddling with tablets and smartphones that, famously, have considerably more computing power than the then-state-of-the-art Apollo Guidance Computer.) The farms have changed, too, thanks to the space program. GPS satellites help guide the tractors, and communications satellites deliver up-to-the-second information on commodity prices. Every farmer has a mobile phone, and cell towers dot the rural landscape.

What hasn’t changed, for me at least, is the magic of that moment when human beings first set foot on the moon. I work in Silicon Valley now, where the term “moonshot” is used to describe perhaps-audacious yet thoroughly earthbound efforts. I think we cheapen the word by using it to describe self-driving cars. The summer of 1969, as seen on that snowy television in a motel in the Black Hills, was the real deal.